Check for any possible typos or try other keywords.

Electric vehicles and the world of EV fast charging have changed tremendously in less than 10 years. We can no longer question “if” electric vehicles will be the right path for the future. The step-change is happening now on many areas, driven by climate change, technology development and consumer demand.

Ten years ago, even a trip of 100 kilometers with an electric car caused excitement and range anxiety.  I remember driving an electric vehicle with 24 kWh battery to a customer event. The trip was about 50km. There was no recharging facility in the destination and no fast charger along the way. The weather in Finland was already a bit cold.  Even my colleagues refused to join me to the return trip. On the way back, I ate hot dogs and read magazines for 1.5 hours at a gas station, while charging from a regular outlet.

Climate change is widespread and intensifying

According to IPCC report published in August 2021, the past five years have been the hottest on the record since 1850. But we have hope: if we can cut global emissions in half by 2030 and reach net zero by the middle of this century, we can halt and possibly reverse the rise in temperatures.

We need to act now. There is no time for delay and no room for excuses. For reducing emissions in traffic technology and solutions are ready. We need to scale up and expand the fast charging possibilities and number of electric vehicles at the same time.

About five years ago it was cities like Paris and London that led the change by announcing plans for banning the petrol and diesel cars in 2025-2030. These were followed by more ambitious targets and incentive programs for charging stations and electric vehicles on national level.

At the moment there are already EU led legislation and requirements in place and new ones coming up.  One example is the Fit for 55 package, revising climate, energy and transport related legislation. EU is proposing that emissions from new cars fall by 55% from 2030 and drop to zero from 2035. The regulation will also boost infrastructure since it will require member states to install charging points at regular intervals along major highways.

The United States is also moving from denial to a leadership mode, taking concrete steps in clean energy and e-Mobility. In March 2021, President Joe Biden called for USD 174 billion in total spending on electric vehicles, including USD 100 billion in consumer incentives and USD 15 billion to build 500,000 EV charging stations. In August 2021, Biden signed an executive order setting a target of making half of all new vehicles sold in 2030 electric. Furthermore, Biden announced plans to replace government fleet with electric vehicles.

Time for the EV mass market has come

A couple of years ago, innovators and early adopters were proudly driving electric vehicles, willing to invest time and money to be the forerunners. Now the electric vehicles have become mainstream. Consequently, customers demand reliability and easiness from both EVs and EV charging solutions. The consumer landscape has shifted from having doubts to having own experiences and recommending electric vehicles to new drivers.

We are also moving from range anxiety to queue anxiety in the most popular fast charging stations. To avoid charging queues, we need to have larger charging areas. In Norway, the first charging site with over 20 fast chargers was established already in 2016. This development has continued ever since and soon we will see increasing number of charging areas with several chargers providing high power charging.

And it is not only electric cars that are needed for reducing emission and improving air quality.  It is also the whole fleet serving the cities; busses, taxis and delivery trucks, construction and maintenance vehicles. At the same time electrification is taking speed also in sectors like mining, marine operations, aviation and agriculture.

No reason to wait for bigger batteries

In the past, the problem with electric cars was that there was demand but not enough supply. Now many car brands are increasing the supply and more models enter the market all the time. On the other hand, the size of the battery has also evolved, even though sometimes you still hear such comments that we should wait for electric cars with a bigger battery.

I think there is no need to wait for EVs with bigger batteries: the batteries have already grown to around 70-80 kwh, well enough to drive 300-500 kilometers. It is also good for us to think about resources – battery minerals on a large scale. Why should we have bigger batteries, if the ones we already have on the markets are big enough even for longer trips?  It is likely that next development will be made in optimizing rather than increasing the battery size.

Time to move to a cleaner future

This summer, we drove a 600 kilometers journey with my family without spending any extra time at stops due to charging.  Two 15-20 minutes charging breaks were enough to recharge and to refresh and the whole family was happy. A short stop for a coffee break, another stop for a lunch.

It is time to move from anxiety to enthusiasm. From considerations to decisions and actions. 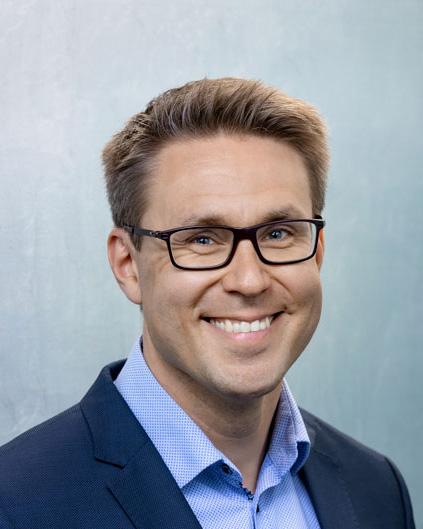 Member of board at Kempower

Tero Era drove electric vehicle first time in 2012. Ever since he has been promoting and developing cleaner traffic through electrification professionally and personally. At the moment he is acting as member of board at Kempower. Before he has been working for the charge point operator and leading the development of a nationwide charging network. His family has two electric cars and one plug-in-hybrid as in the photo below.